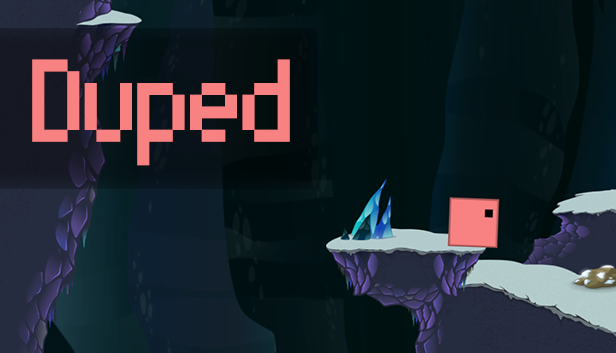 So – we’re right around the corner. Duped is officially releasing in under a week, and I was kind of stumped for what to write for this week’s post. I mean, I haven’t been making any changes to the game (apart from one or two minor bug fixes). I’ve just been doing promotion, making builds, all that jazz. So, instead of exploring a feature that I’ve been working on this week, I’m going to talk about what my plans are for marketing. Then, in a month or so, I’ll take a look back at what happened, what worked, and what didn’t.

First let’s start off with some numbers (yay!). Since Duped: The Theseus Demo was released, it has been downloaded on Steam around 400 times. Of these, 81 people have wishlisted the full game. The conversion rate there isn’t as high as I would have liked, but maybe that’s normal. I’ll post numbers like this on my Twitter every so often.

So obviously, the demo is one arm of my marketing / promotion strategy. If you want to read up more about the motivation behind that, you can check out this article.

Let’s talk about what I’m doing beyond that. My marketing strategy is pretty limited. Basically, I’m sending out review copies to everybody that I know of. I’ve been following a couple of guides, including this one by the great Jupiter Hadley, as well as lists of relevant sites & youtubers like this one and this one.

So, how is it going so far? I’ve had a bit of interest from some creators, but honestly I think I might have screwed myself on this one. Making a game isn’t just design and programming. Making a game is a lot of marketing, and this is something that I didn’t really realise until too late. Since Duped is a project I’ve been working on for so long, I didn’t really have a good plan in place for this stuff when I started. I could have done these things earlier, and I could have targeted my release a lot better. That’s really what I’m going to take away from this for next time, regardless of how well Duped sells.