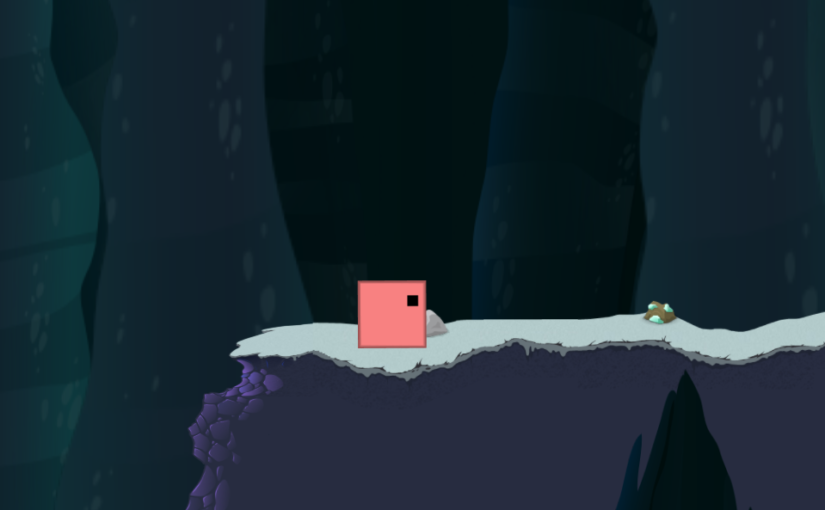 This week I’ll be extended my topic from last week. I’ll be talking about the eyes I’ve implemented in Duped. Before we start though, lets talk a bit about why we have the eyes.

Above you can see the eyes in action. One of the earliest problems I faced with Duped was that I am not an artist. I dabble, but I’m definitely not at a point where I’m able to draw & animate a main character with the fidelity that I would have wanted. So, I used squares. The problem with this though was how to give them some semblance of a personality. One of the key themes of Duped is abandonment, and the player just doesn’t feel that emotion without the eye.

In fact, lets see what it looks like. Here is a similar gif to the one above, but without the eyes active.

The square doesn’t really feel like a character any more. The eyes are necessary to turn a moving square into something that actually feels like it has emotions & personality.

So, let’s talk about the eye. Above you can see the actual sprites for the eye. It doesn’t look so hot as individual sprites (they’re super low res) but in action, the animation is quick enough that nobody really notices. 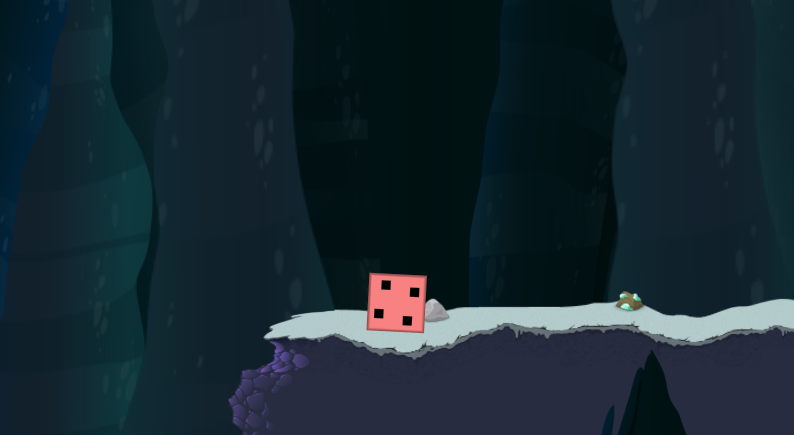 There are actually four eyes on each square. At all times, the squares are looking at their rotation, and deciding which eye should be the eye. Below is a gif which shows all four eyes at once, to emphasise this.

Now that we know which eye we should be using, we need to know whether it should be open or closed. The logic for this is actually pretty simple. For each frame, we check whether the square has rotated less than a set amount (currently 3 degrees). If it has rotated less than that for 10 frames in a row or more, we move our eye towards open. Otherwise, it moves towards closed.

The effect of this is we get a player who has a bit of personality. They’re a little timid, cautiously opening their eye after they fall or get bumped around. They’re also a little adventurous, rushing & blinking into danger.

So, there’s the thought behind the eyes! Hopefully this information is useful to somebody to see how I turned some VERY simple sprites (a rectangle, a square and an oval) into something which has personality.

Next week we’ll be back with a proper dev log updating you all on some of the changes I’ve made to Duped!