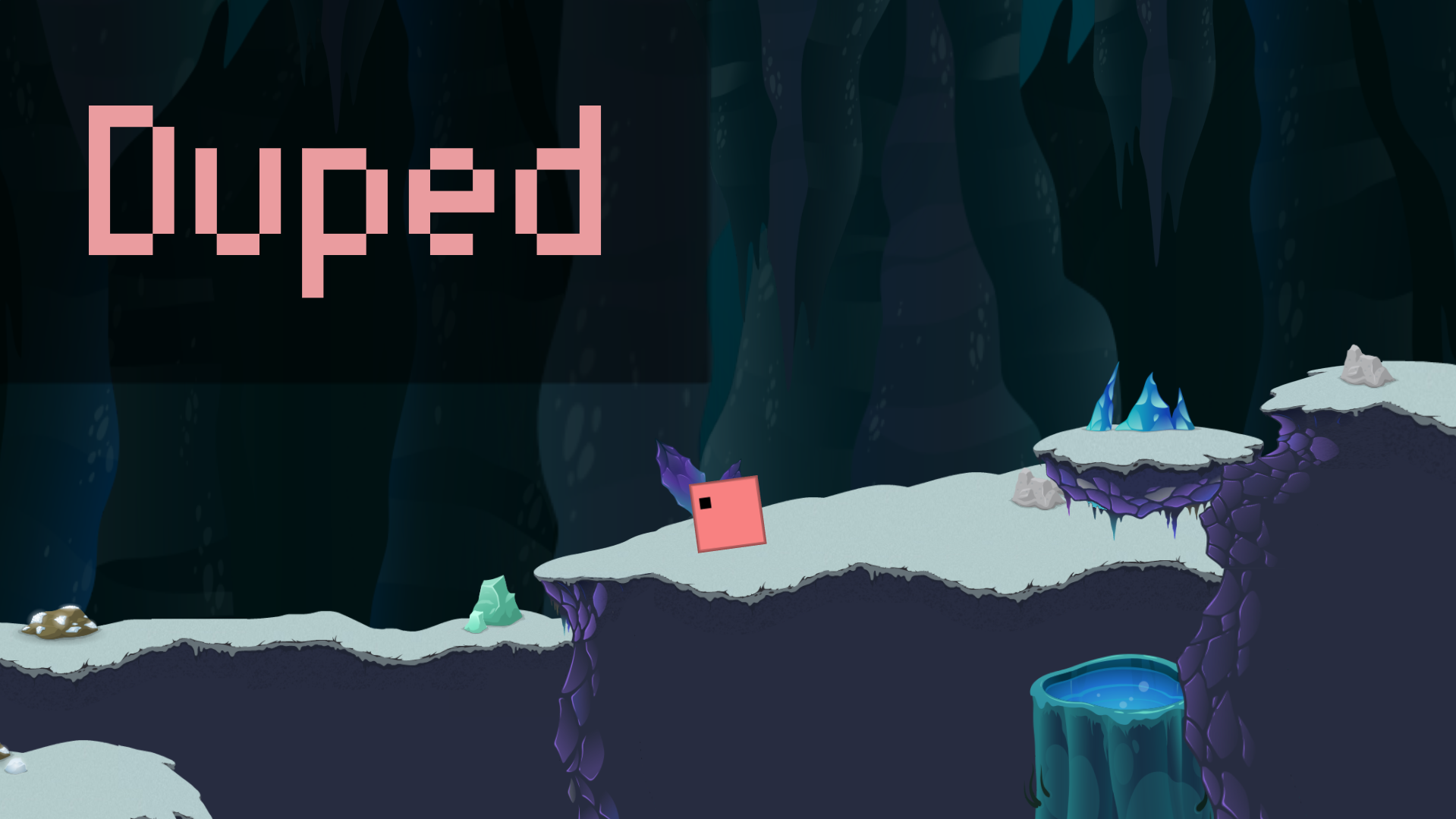 So… I’ve had a bit of a tumultuous relationship with dev logs in the past. I’ve tried to start them a few times and have always kind of petered out. BUT – I’m trying to legitimise, and being consistent with my development work is a step towards that. In my process of trying to develop games consistently, I’m going to be doing a dev log (so that I can stick to this, and also so that people can follow along).

That’s the backstory! Let’s get into our first devlog.

So the game that I’ve been working on (off and on) for about 2 years is finally almost finished. This will be my first real project, my first full game & the first game I’m going to charge money for. I recently cut together a trailer for it, which you can check out below.

The name of the game, as you might have seen, is Duped. It’ll be releasing in about two months.

This week, I’ve been working on making a submission-ready build that I’m sending to a number of expos to try and get a booth. I’ve been working on a couple of polish tweaks & additions to the build just to get it a little bit shinier. One of these is a new charge bar you can see in action below.

I’ve also added credits! One thing I really admire in games is interactive credits. Credits often aren’t that enjoyable for the player, but I do feel like I need to include them. So, why not turn them into something. Super Smash Bros. has a minigame where you can shoot the credits for in-game currency. Rhythm Heaven gives you a completely new rhythm game to play during the credits. I’m not doing anything as cool as that, I’m just making a little mini-level where you can run and jump around and climb over these scrolling credits. That’s not much, but my credits are only a minute or so long (since this is basically my project that I’ve been working on solo). I think it’ll be enough to engage the player while the credits roll.

So… yeah! That’s all for now I suppose. Stay tuned for more updates, once a week (at the least). I’ll see you there.